Colonia Güell is located 16 km from Barcelona. In this old industrial complex it is found an important architectural work by Gaudí: the Crypt of Colonia Güell.

Throughout the 19th century, Barcelona underwent a great economic, social and cultural change with the arrival of the Industrial Revolution.

At the end of the 19th century, Eusebi Güell, one of Barcelona’s most outstanding businessmen created an industrial colony in Santa Coloma de Cervelló. The colony was formed around the textile factory and covered the employees’ housing, leisure and family needs.

Güell, well known for his close friendship with Gaudí, commissioned the famous architect to build a church for the colony. Gaudí poured great architectural and decorative solutions into the building, which he later used in other works such as the Sagrada Familia Temple.

With this visit we will get to know the historical context of the industrialisation of Barcelona and its social and economic transformations. We will discover the daily life of the industrial colony and the great architectural successes of Gaudí in his work.

The visit starts at the Interpretation Centre of Colonia Güell, that contains an exhibition and audiovisuals.

Then we will walk through the streets of the colony and finally, we will visit the Crypt.

includes:
According to the group’s requirements, we can arrange for the purchase of tickets to the venue. 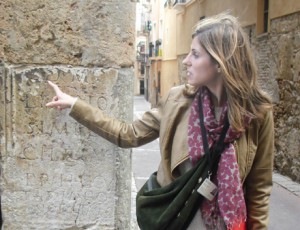